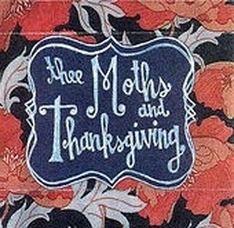 
Hold on Old World
Come out, young man and tell us all the secrets of your life
Trample on the mysteries to rejoin our appetite
All our memories and dreams have been lost in dark nights
And the cave you live in is also dark, let’s hold our lamps up high
And let us all look at your face to see who led us to this place

"I am the spirit of the hills of the west
Who’s name is the same as not saying a name
And if you cry out to me when the sun sets,
You may show your own name in the song, your voice rises

There’s a hole in the world, and I’ll give you a peek
If you promise to let me be the one who lets you
And you promise that after, you’ll believe what you see

And only alone may you bear witnessing,
Only alone with nobody to see you
As you fall like sand off an eroding hill
And swoon beneath the waves of the real dream you live"


The Southern Pumper
Me and my friends, we set up shows
For the bands we like best, and not who sold most
And it’s fucking awesome  to get to support and watch
The music we love and I think the bands love us
‘Cause it feels amazing, at the end of the night,
To pour the donations hat out on their feet
And look ‘em off in the eye and say: “Good luck and goodbye”
After three slices of pizza and three DVD’s,
They’re off to the next town, wherever that may be
And sometimes that seems so romantic and free
And magic to be traveling, playing music and singing
But for me, it’s even more awesome to stay,
‘Cause I really love this town
And I work at a job that I don’t hate

Nowadays, a sellout can get the benefit of the doubt,
But all the talked-about artists roll with style that’s played-out
Yes, it’s too bad  such assholes set up the shows that they play at
But hey, I’m just glad they’re no longer begging to play at my house

Cover of "Lightning Crashes" by Live
Lightning crashes, a new mother cries
Her placenta falls to the floor
The angel opens her eyes, the confusion sets in
Before the doctor can even close the door

Lightning crashes, an old mother dies
Her intentions fall to the floor
The angel closes her eyes, the confusion that was hers
Belongs now, to the baby down the hall
Alright

Lightning crashes, a new mother cries
This moment she's been waiting for
The angels open her eyes, pale blue colored iris
Presents the circle and puts teh glory out to hide, hide

Oh, now feel it comin' back again
Like a rollin' thunder chasing the wind
Forces pullin' from the center of the earth again
I can feel it